﻿ Rental Car Tour from Sichuan to Tibet on 318 Highway

Rental Car Tour from Sichuan to Tibet on 318 Highway

Day02 Chengdu
In the morning transfer to the hospital for a short physical examination, and get your temporary Chinese driving license. Overnight at 4*Xinliang Hotel

Day03 Chengdu – Yaan – Kangding
In the morning pick up the car in the hotel and leave for Kangding. Across the Tunnel of Erlang Mountain, the mountain was traditionally the natural borders of Han Chinese villages and the Tibetan communities. On the way visit the Bifengxia Panda Base, it was established at the end of 2003, and has become a paradise for giant pandas, a national treasure, with the function of raising, breeding and rescuing giant pandas. It has over 20 giant pandas. At last arrive in Kangding, the capital of Ganzi Tibetan Autonomous Prefecture and the important juncture of Tibetan and Han People in history. Next you’ll drive on the zigzag road up to the mountain chain of Hengduanshan, which extends from the north to the south. 299 km, 4 hours 25 minutes. Overnight at 4*Love Song Hotel (2560 m)

Day04 Kangding - Tagong - Xinduqiao – Yajiang
Drive to Tagong to visit the Lhagang Monastery (Tagong Si) of Sayka Sect, which is surrounded by three hills symbolizing three Budhisattvas. It is said that the blessing of a reserved Jowo Shakyamuni image left by Wencheng Princess in this monastery to the pilgrims resembles the Lhasa Jowo Shakyamuni image in Lhasa. Then visit the impressive Gyergo Nunnery and the grand mani wall of Hepingfahui. If the weather is good enough, you can see the mountain Zhara Lhatse (5.820 m, also call Jara or Yala). After that, cross over Zheduo Shan Pass (4298 m) to Xinduqiao, the “Paradise of Photographers”, a small town on the road juncture where the northern route of Sichuan-Tibet Highway (Chengdu - Lhasa) and the southern route of Sichuan-Tibet Highway (Chengdu - Lhasa) meet. When the weather is good, you can see the main peak of Gongga Mountain (7556 m, Minya Konka, “the King Peak of Sichuan”) from Xinduqiao. Keep driving southwards to Yajiang. 205 km, 4 hours. Overnight at Yidu Hotel (2569 m)

Day05 Yajiang - Litang – Batang
In the morning cross over the Pass Jianziwan (4658 m) to Litang (4014 m), the “world’s highland city", where is the hometown of 7th Dalai Lama. Upon arrival, you visit Changqing Monastery (also admits as Litang Si Monastery) in the western suburb. The Litang Monastery, developed by the 3.th Dalai Lama in the year 1580, today, it becomes the largest monastery of the Gelugpa in south Kham. Then drive to the city Batang. 300 km, 5 hours 31 minutes. Overnight at Degalin Inn (2580 m)

Day08 Ranwu – Midui – Bome - Lulang
Drive to Bomi along Ranwu valley. On the way, visit Midui Glacier which is consisted of beautiful Tibetan village, farm fields, snow mountains, glaciers, forests, lakes, etc. From Ranwu to Bomi, about 100 km, is the most beautiful part of this overland tour. Driving along the Parlung Tsangpo River and enjoying the beautiful primitive landscape of snow mountains, forests and rivers. Drive down a few hundred meters then reach the lowland jungle settlement of Tongmai. Pass by Guxianghu Lake (2600 m) and Tongmai Bridge, through the Tongmai No. 1 Tunnel, finally reach Lulang Town. 305 km, 5 hours 36 minutes. Overnight at Lulang Zhujiang International Hotel (3700 m)

Day09 Lulang - Linzhi - Basum Tso
When crossing Serkhyem La Pass (Seji La, 4,515 m) you will have spectacular views of Mount Gyala Pelri (7,150 m) and Mount Namchak Barwa (Namjabarwa, 7,782 m), when the weather is so fine. Before arrive in Linzhi (Nyingtri, 2900 m) visit the two neighboring monasteries: From the golden roof of the Buchu monastery to view the unique scenery of the Lamaling temple. After the visit of Ancient Giant Cypress Forest, drive along the Niyang River to the Basum Tso Lake. More than 6000 m high snow-covered mountains’ reflection images make the lake like a film, without doubt, you will see the island monastery - Tsodzong. Walk to the island to visit the Tsodzong Monastery. 222 km, 3 hours 29 minutes. Overnight at Himalaya Basum Tso Resort (3500 m)

Day10 Basum Tso – Gandan – Lhasa
Drive over the impressive Mi La Mountain Pass (4865 m) to Lhasa (3650 m), capital of Tibet Autonomous Region. On the way visit Gandan Monastery. It was built in 1409 by Tsongkapa, the founder of the Gelugpa of Tibetan Buddhism. Gandan, Drepung and Sera are the three largest monasteries in Lhasa. And Gandan is the place where Tsongkapa died. Therefore, it has the highest reputation of all the monasteries of the Gelugpa. In the evening return the car at the hotel. 363 km, 6 hours 30 minutes. Overnight at 4*Thangka Hotel (3650 m)

Day11 Lhasa
In the morning visit Potala, which was originally constructed in 637 by Songtsen Gampo, the first king of the united Tibet, and later expanded and served as the winter residence of the Dalai Lamas as well as the religious-political nexus of traditional Tibet. The crowds of pilgrims, innumerable magnificent murals, Buddhist statues, scriptures and rare treasures altogether create a dense religious and art atmosphere that impresses every visitor. In the afternoon visit Jokhang monastery, the center of the Tibetan Buddhism and the sacred land of Buddhist followers where thousands of pilgrims come for worship everyday. The temple, built in 647, is the earliest wood-and-masonry structure still existing in Tibet. Walk on the Barkhor street surrounding Jokhang, a big free market with its prolific stalls for selling local specialties. Overnight at 4*Thangka Hotel

Day12 Lhasa
In the morning visit Parla Lupu Cave Monastery, located on the slopes of Yaowang Mountain, was built in the 7th century. It is 22m high and from here you can have a wonderful panoramic view over Potala palace. Afterwards visit Norbulinka, the summer residence of the Dalai Lamas. In the afternoon visit Sera monastery, which was created in 1419 and has always been an important Buddhist seminary. As rose are planted everywhere in the monastery, it is also called “the court of wild rose”. Today still 200 lamas live in there. The "Buddhism Scriptures Debate" in Sera is very famous. Overnight at 4*Thangka Hotel

Informationen
Hotel, program and itinerary are subjected to change without prior notice. We must point out that, as everywhere in this region you counter a very basic tourism infrastructure. You stay overnight mostly at simple hotels/guesthouses. Long driving on bad roads and on high altitude and delays require good physical fitness, resilience and flexibility of the participants. Program and route changes due to unforeseen events are expressly reserved. If you desire the unknown and have an understanding of contingency, this is the right trip for you. 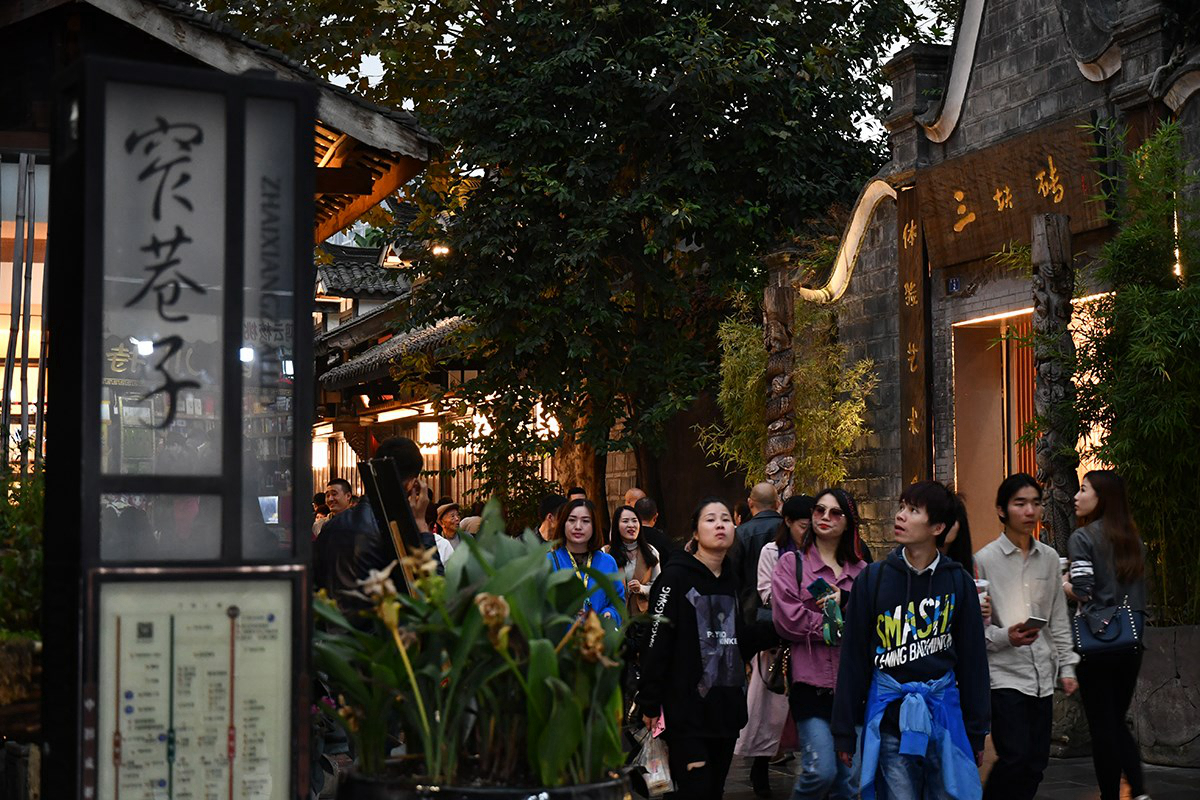 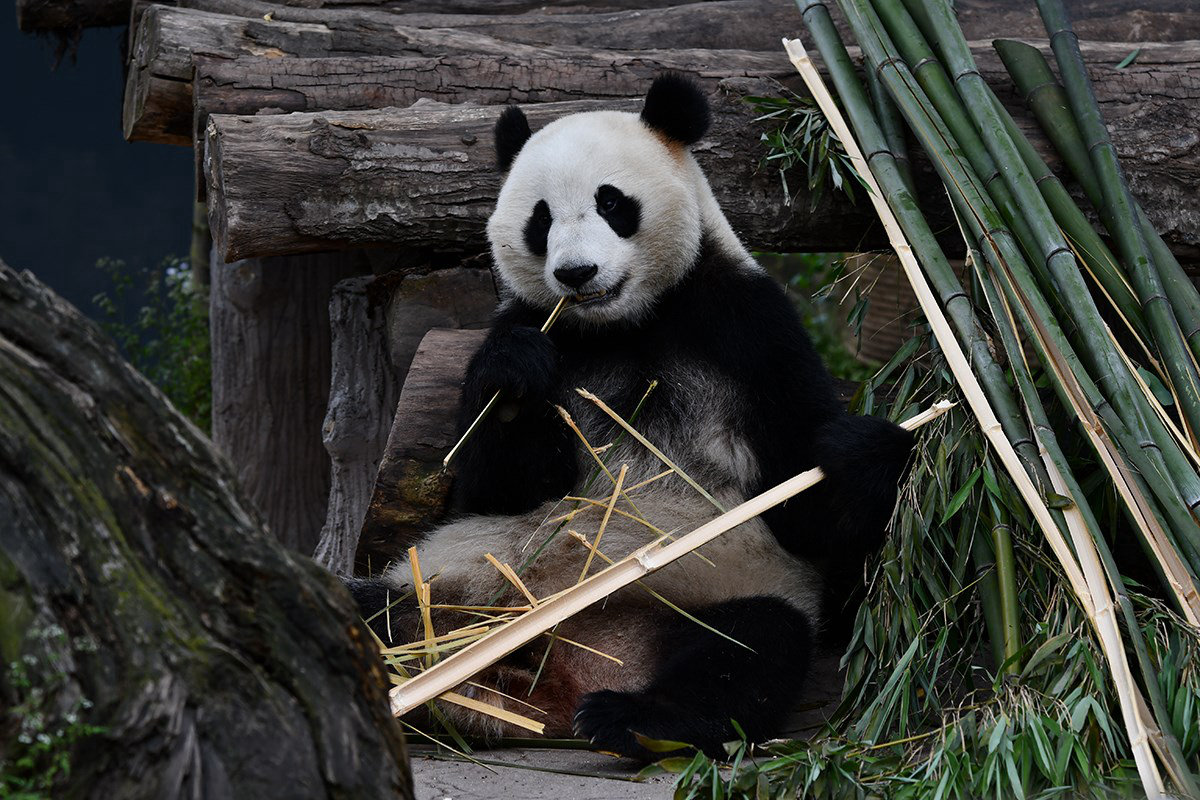 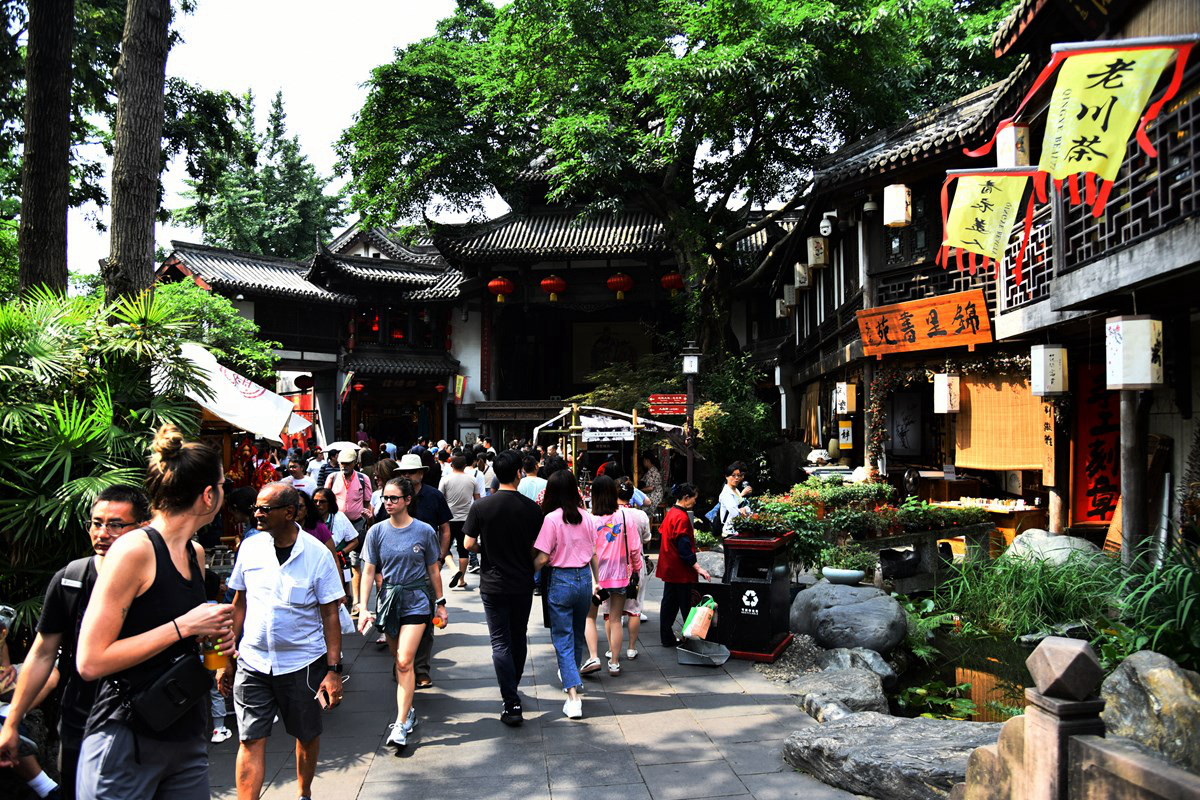 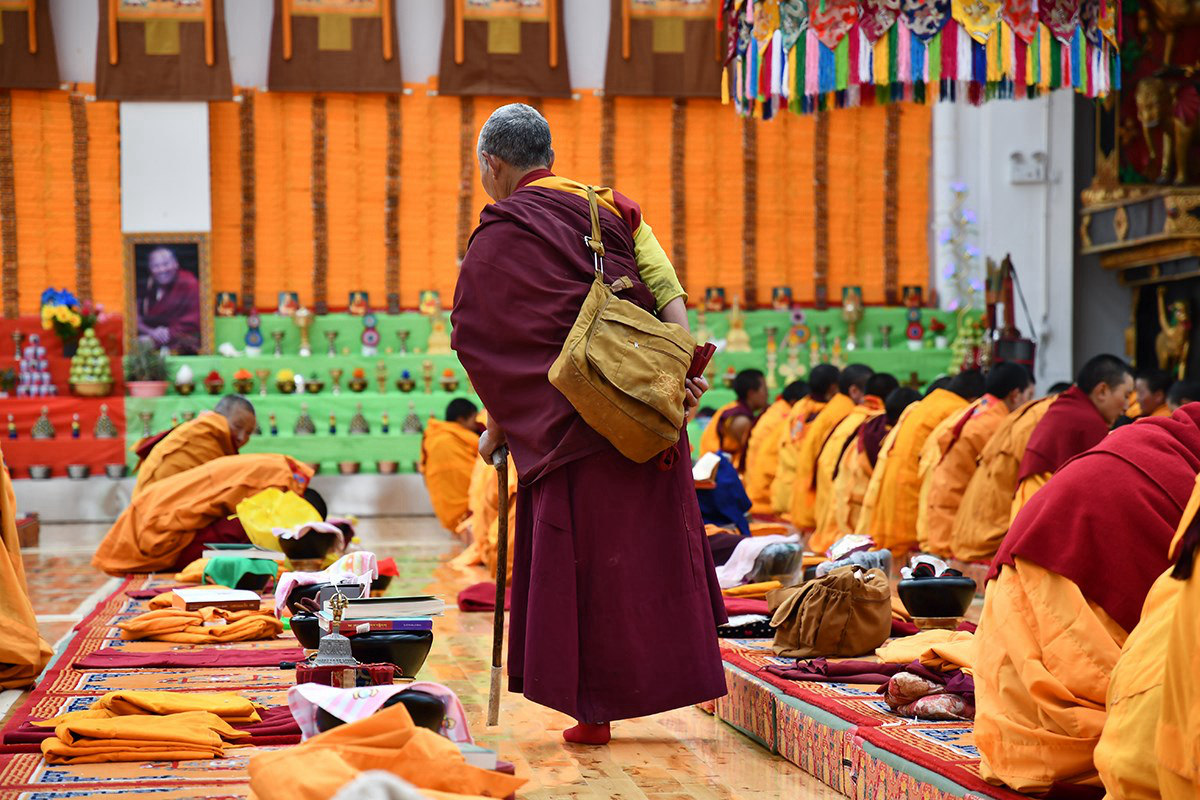 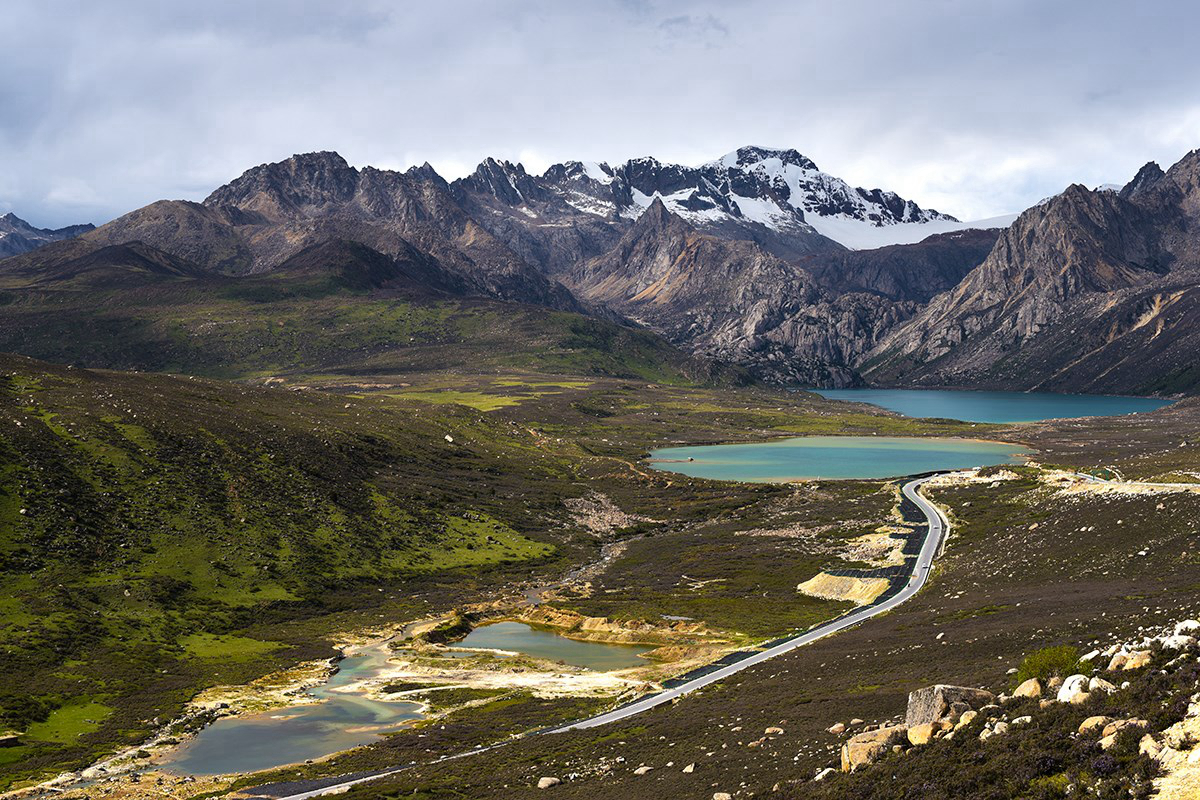 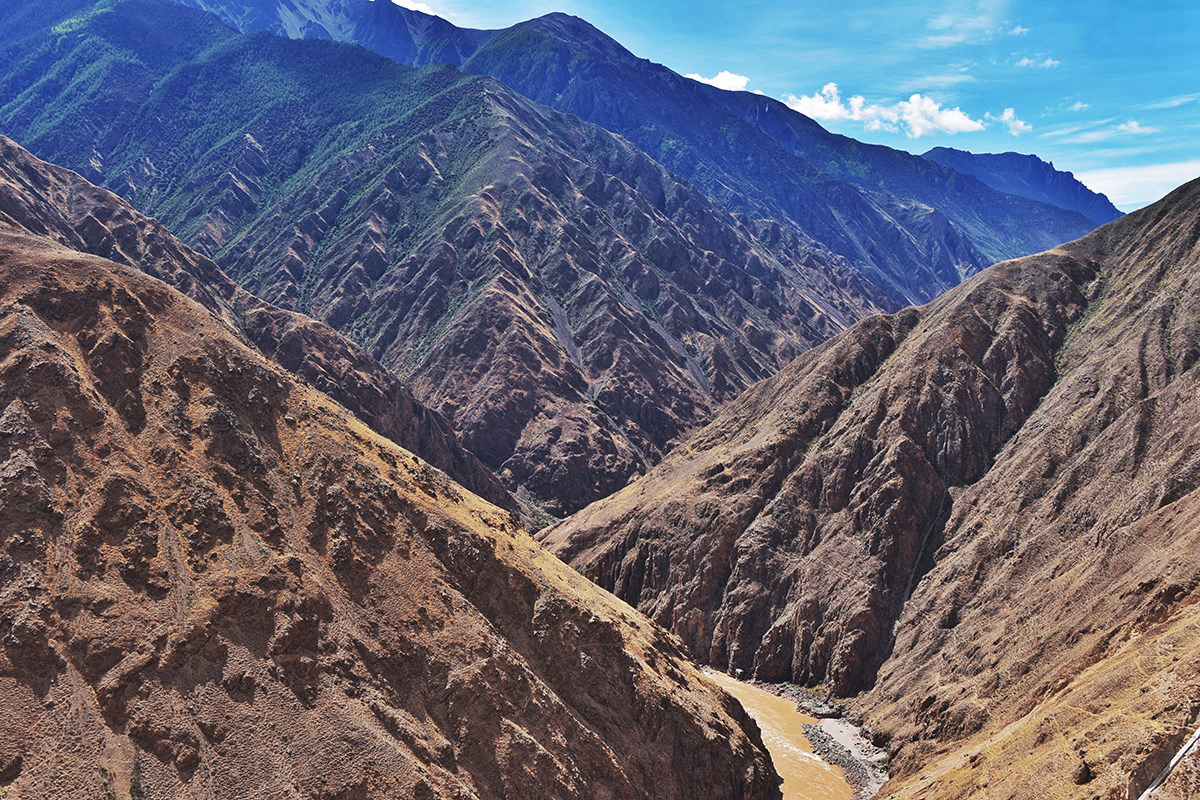 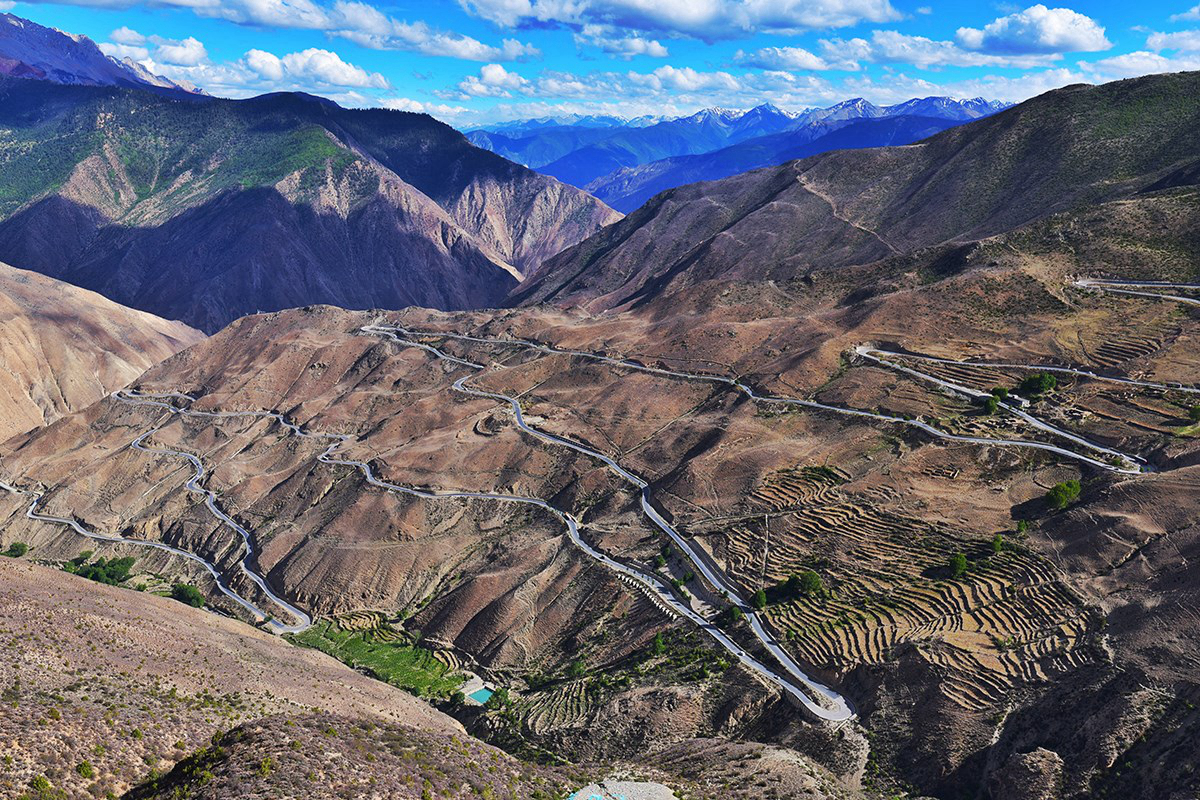 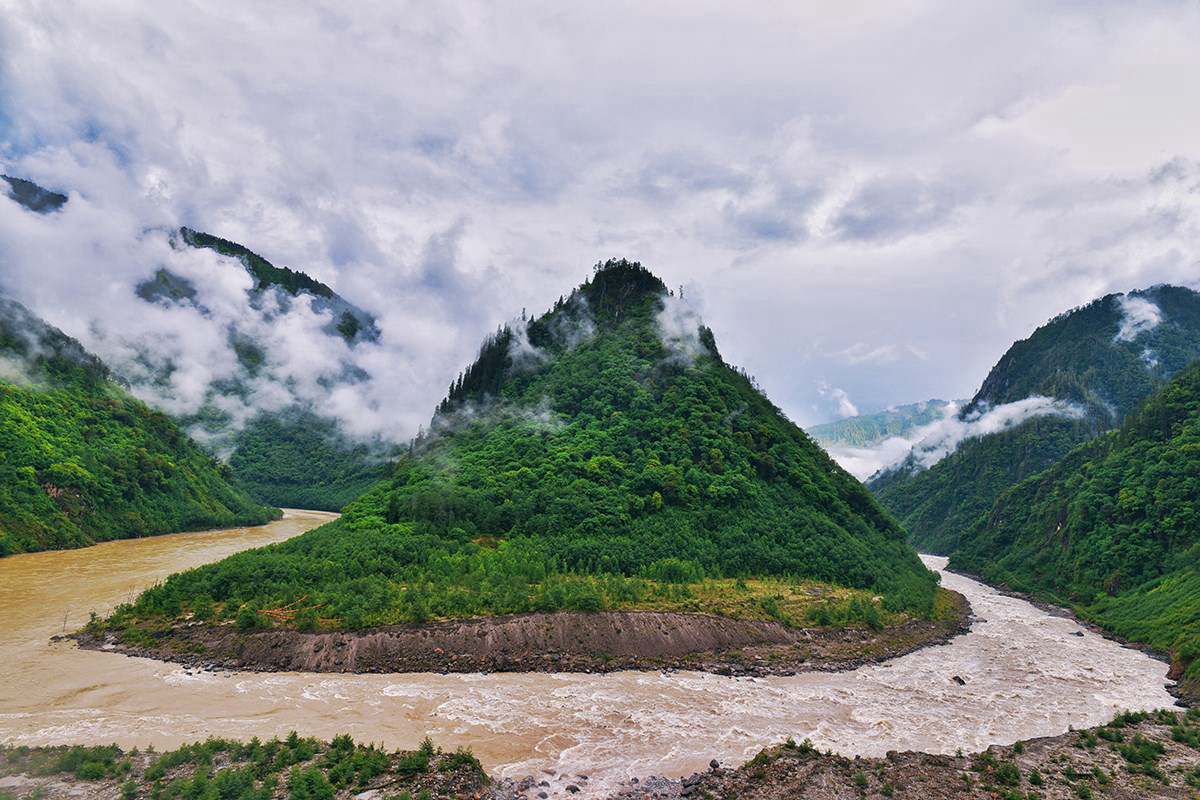 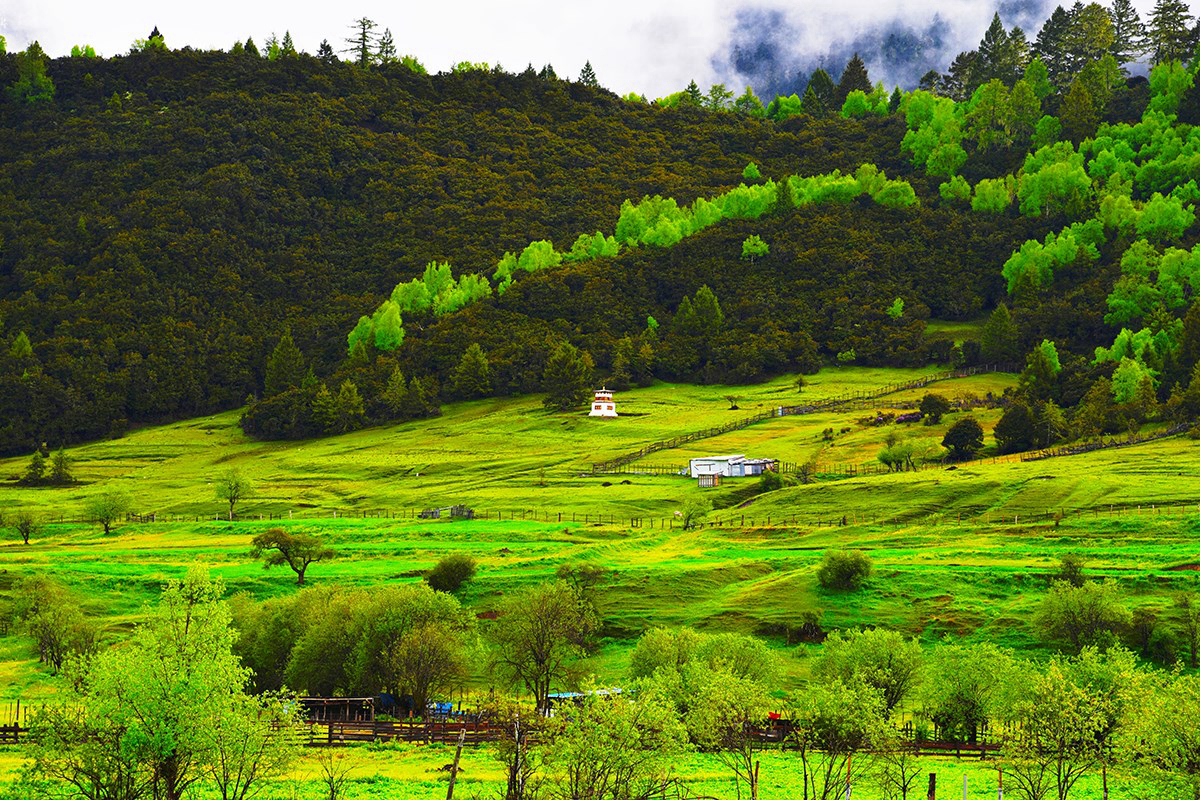 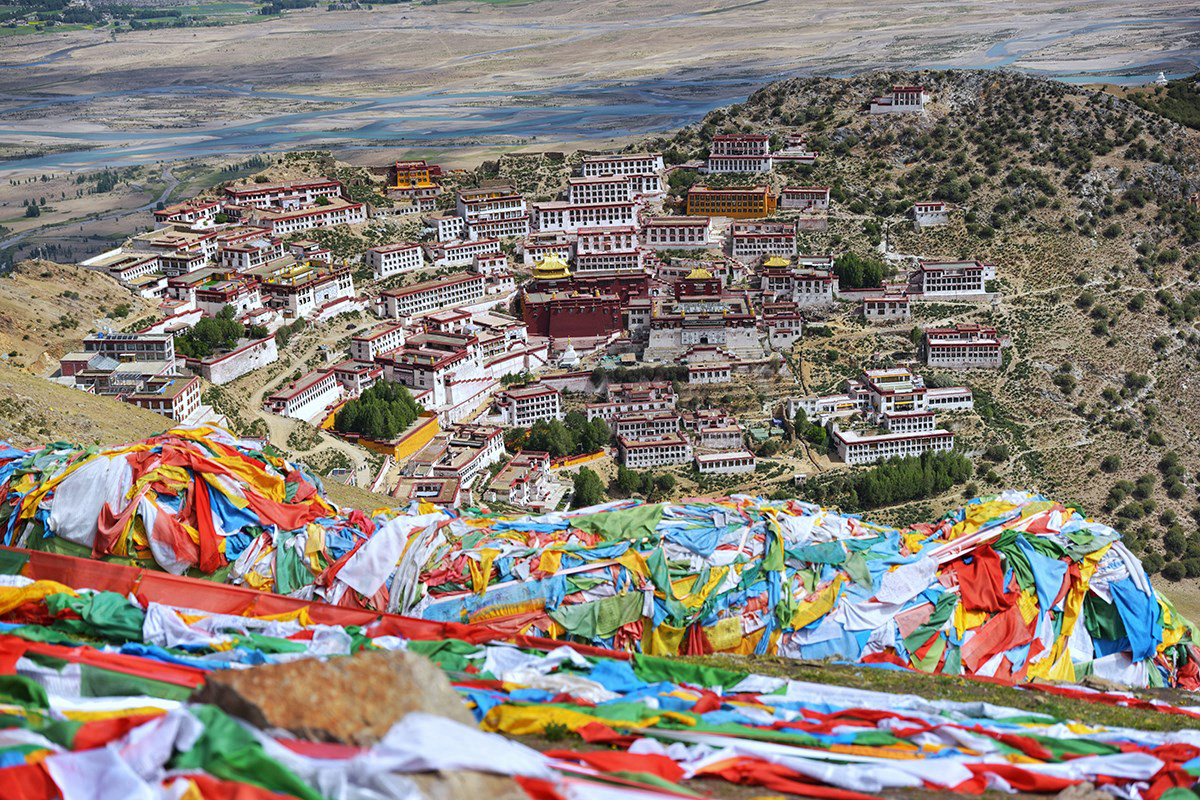 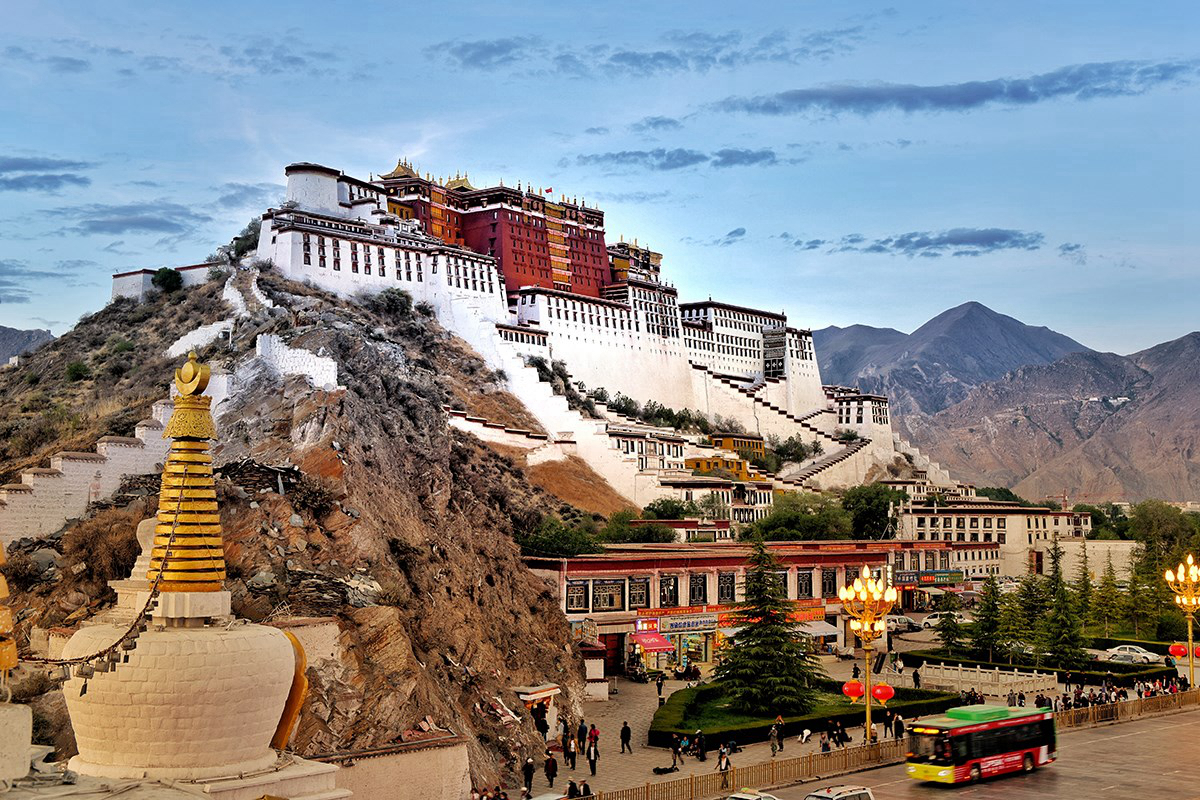 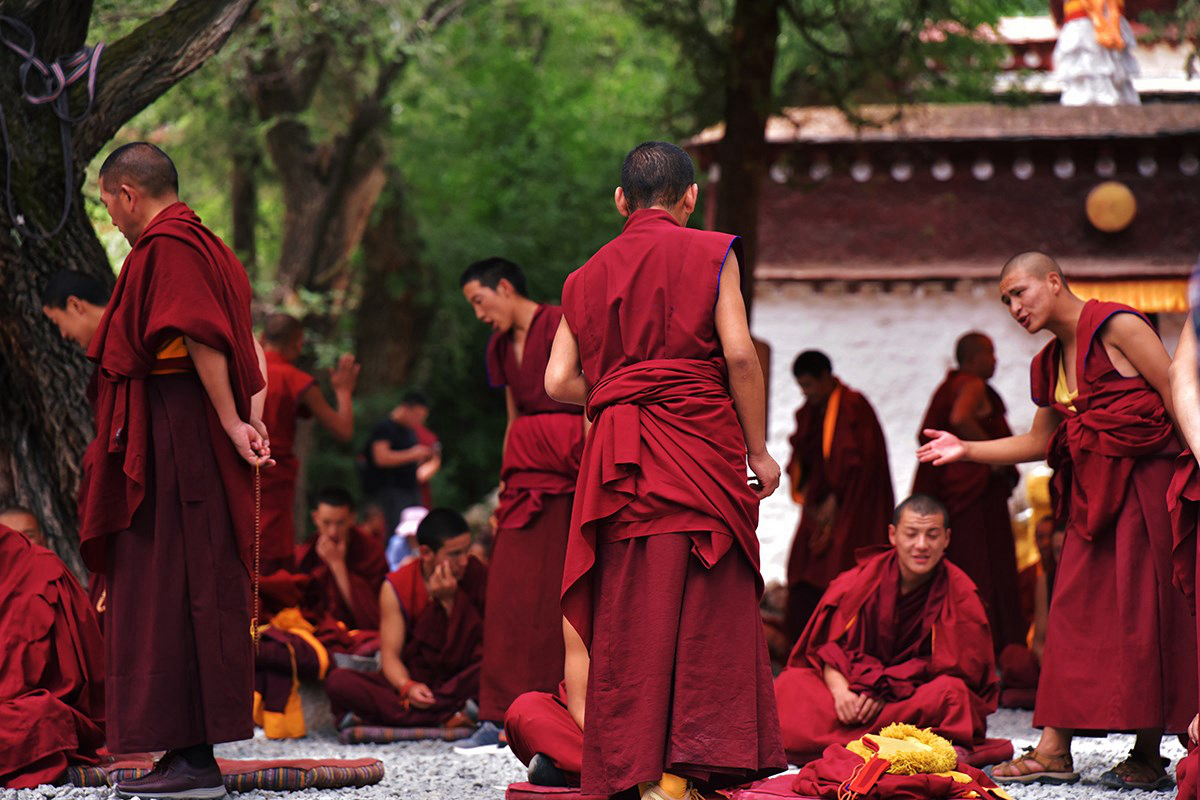 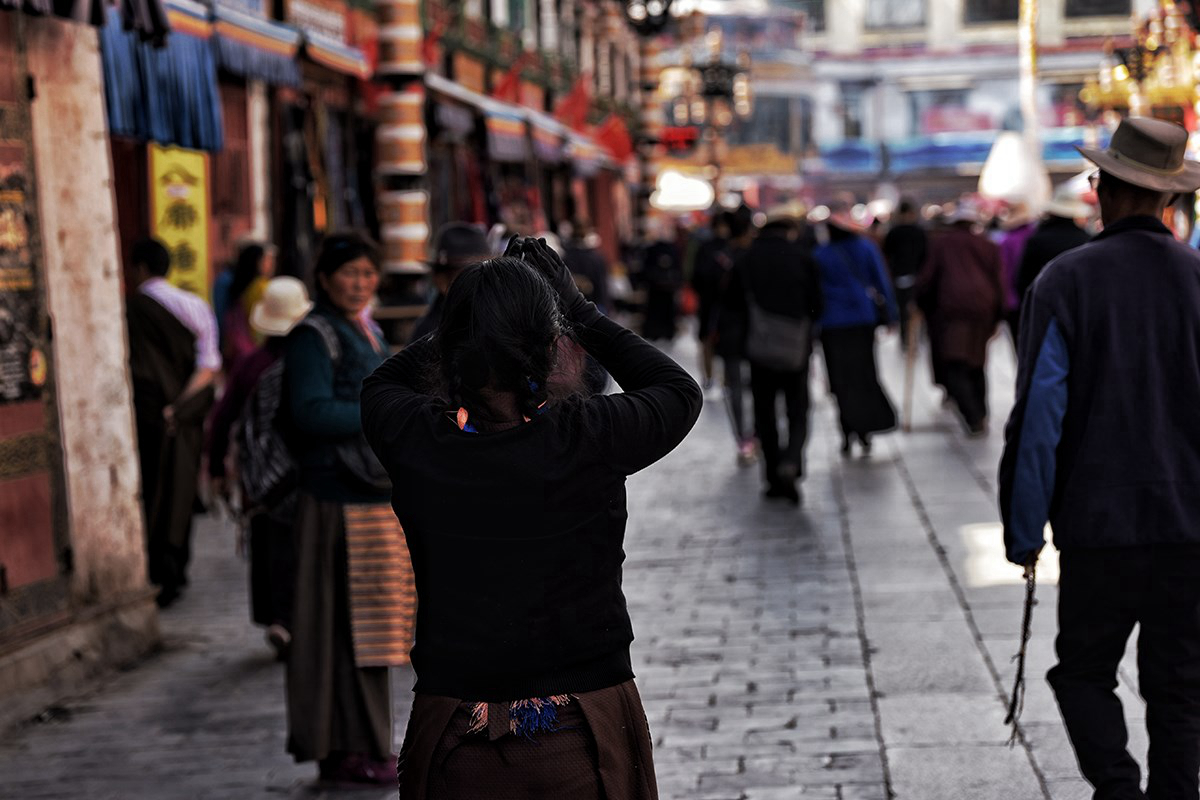